Who We Are (Birthdays etc.) 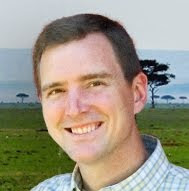 BEN (10/26/76): I was born and raised in Northwest Indiana just outside of Chicago. I am eternally grateful to my parents, Jerry and Pat, for their commitment to raising my brother, Joe, and me up in the nurture and the admonition of the Lord. I was saved and baptized at the age of twelve, and within a year I knew God was calling me to preach. After a month of arguing with God about my age and timidity, I finally surrendered to God’s will to be a preacher. I began attending Bible College in the fall of 1995. I had a real burden for youth, so I just assumed I would be a youth pastor in the U.S. However, God had other plans.

Because of my love for youth I counseled at Camp Joy in Wisconsin for two summers. During my second summer at camp I surrendered to the unmistakable leading of God to be a missionary.

I returned to Bible college with a Bible/Missions major and helped organize two student-led mission trips to Cameroon. On the second trip my fiancé, Rebecca Sykes, traveled with me and four other students. The following year Becca and I were married. After taking a survey trip in the fall of 2000, we recognized the Lord’s leading to serve Him as a church planting team in Cameroon West Africa. REBECCA (12/17/76): I was born and lived my early childhood in the state of Connecticut. My family moved to the Chattanooga area while I was still in grade school. Like Ben, I also accepted Christ as my Savior at the age of twelve. From that time on the Lord gave me a desire to serve him as a missionary in Africa. I attended Bible college as an education major in the fall of 1994. I wanted to be prepared and able to teach my own children on the mission field if that is what God had planned for my life.

We were married a month after we graduated in the summer of 1999 (anniversary 6/5/99), and began serving the Lord at my home church in Chattanooga TN (Calvary Independent Baptist Church). We both taught at Calvary Christian School for one year. We led the young adult Sunday school class for a few years and we always enjoyed assisting our pastor and our youth pastor with any church activity or youth ministry.